At least, that’s what’s suspected. Unfortunately, this is slowing down expansion of 4G LTE coverage in rural areas. The FCC (Federal Communications Commission) was in the process of allowing companies to bid on areas where they can expand with federal subsidies to offset the cost of the expansion.

These subsidies go to the lowest bidder, greatly reducing the cost to build out these otherwise untouched areas. But, it is suspected that at least one of the companies has fudged their coverage, in an attempt to block a competitor from bidding too close to their territory. Apple has rolled out a 10% discount on a selection of products in its online store specifically for Active Duty military and Veterans. So, if you’ve been wanting a new iPhone XS, MacBook, or Apple Watch Series 4, head over to the store and claim your discount.

Apparently, the hot new thing for this holiday season in computer tech, is the “always on, always connected” PC. These laptops have embedded SIM cards (eSIM cards), which allow them to connect to cell towers and provide constant internet.

But the real selling point, apparently, is the battery life. According to manufacturers, most of the devices have not had their cell service activated yet, but people are reporting their enthusiasm over being able to use the devices for so long between charges. 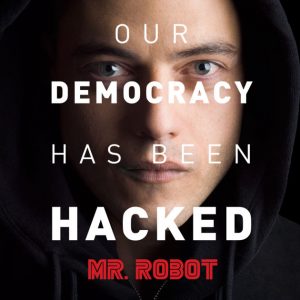 This article is a bit scant on the names of banks or hacker groups involved, but it’s still a provocative story.

In a life imitates art kind of way, several Eastern European banks were hacked when devices like laptops, Raspberry Pi computers, and USB thumb drives were connected to their networks.

Something straight out of Mister Robot, how scary and neat at the same time!

AI has to Unlearn Gender Bias

Google has begun work on making language translations inclusive of both sexes. They give the example of the Turkish phrase, “o bir doktor,” which Google will now Translate as both “He is a doctor,” and “She is a doctor.” Previously it would only return, “He is a doctor.”

I’m against being overly sensitive about language on a day-to-day basis, but removing bias is definitely a good thing. Think of it like stereotype bias, if we continually only associate men with doctor, or nurse with women we create the stereotype feedback loop.

Remember yesterday’s snippet about Russia’s gender equality in STEM careers? This is a step towards creating equality, even if it’s a small step.

We are now ready to gather all of today’s best Android game and app deals. PowerA debuted its new Android and Xbox controller with smartphone holder this morning, and now it’s time to look at some discounted titles to use it with. While you’ll also find some productivity apps on sale along with some freebie icon packs in our Tuesday collection, the games are front and center today. Highlights include titles like OK Golf, Colorzzle, Dungeon999, and more. Head below the jump for a closer look at today’s best Android app deals.
more…
The post Today’s Android game/app deals + freebies: OK Golf, Colorzzle, and more appeared first on 9to5Google. …

It’s Monday afternoon and that means it’s time to roundup all of the best Android game and app deals to kick the week off. While many of Friday’s best are still on sale below, including Unbroken Soul, 911 Operator, and Warhammer Quest, among others, we are now ready to gather all of today’s most notable price drops. Highlights include titles like Baldur’s Gate II, Kenshō, NetX Network Tools PRO, Rebuild 3, Gunslugs 3, Heroes of Steel RPG Elite, and many more. Head below the fold for a closer look at all of today’s best Android app deals.
more…
The post Today’s Android game/app deals + freebies: Baldur’s Gate II, Rebuild 3, more appeared first on 9to5Google. …